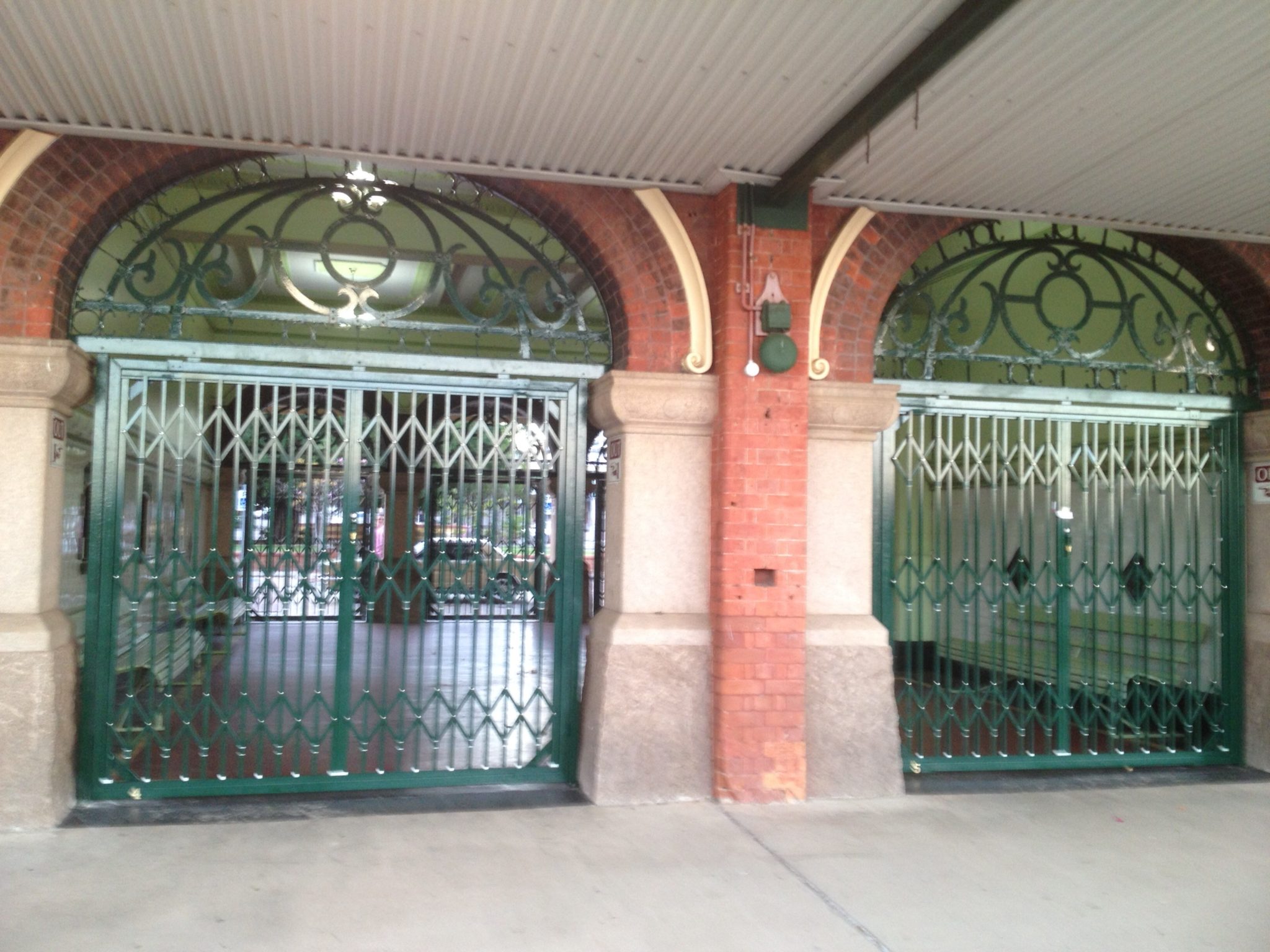 The Australian Trellis Door Company™ has recently installed its folding security gates for Queensland Rail for the recent upgrade at Townsville Railway Station, replacing similar gates that ATDC had installed at the same premises nearly 20 years prior.

The general job description for ATDC was to supply folding security gates that not only enhanced the qualities of this heritage listed government building but also did not impede the flow of people in this public space.

ATDC’s pivoting S07™ folding security gates met all the requirements for this project. The S07™’s appearance is similar to the old style gates which were used in lifts and elevators in the days gone by and on this project were powder coated in a heritage green finish to match the ornate wrought iron steelwork suspended directly above it. Further, these security gates were designed in such a way that they hinge aside 90 degrees away from the opening thereby maximizing the free flow of public foot traffic through the entries and exits of the railway station. The absence of floor tracking was an added feature to enhance people flow.

The folding security gates are precision engineered with triple contact point locking and come with a 10 year installation warranty. In this instance the gates – which are galvanized and powder coated, had survived in good order on the external of the railway station for nearly 20 years.

ATDC’s range includes gates that comply with Australian standards for sliding security doors – the only folding security gates in the country that are security standard compliant.

Australian Trellis Door Company™ supplies a comprehensive range of cutting edge folding security gates for the commercial, industrial and residential markets. These doors are available for sale in Sydney, Melbourne, Brisbane, Adelaide, Perth, Canberra, Newcastle and Geelong and in all regional locations across Australia ().