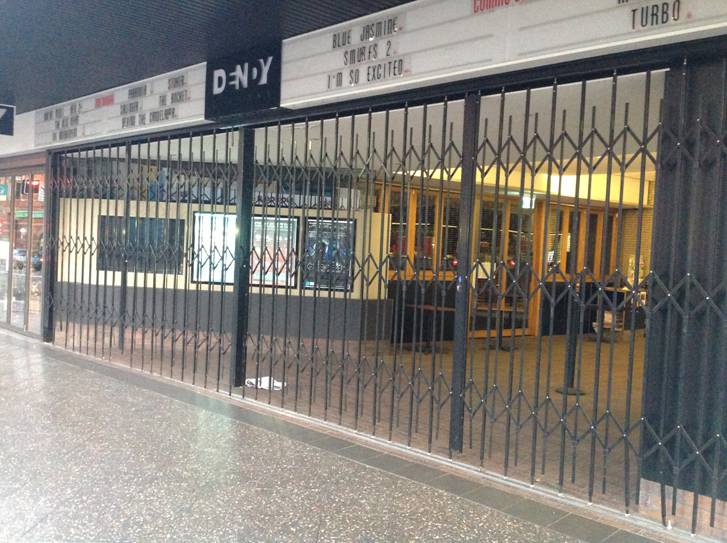 The Australian Trellis Door Co (ATDC™)’S S06™ shopfront security door has recently attained a further security rating after testing against the Australian Standards. This is the first such security rating ever in Australia for a trellis security door. The tests were carried out by Azuma Design which is a NATA accredited testing laboratory. Having passed the Dynamic Impact and Anti-Jemmy tests earlier in 2013, the S06 has last month also surpassed the last relevant test deemed applicable for Trellis type door systems, namely the Pull test. In this test a significant Newton Pull force is applied for specified lengthy periods of time with mechanical levers at various points on the trellis door mesh in an attempt to force it open. The S06 again succeeded.

The security rating is testament to both the quality of ATDC’s range of shopfront security doors as well as a vote of confidence in the integrity and skills of ATDC’s management team and engineering department. No other trellis type security door in this country has achieved any security rating as measured by Australian Standard 5039 and this should give the consumer full confidence that when it installs the S06 security system to their premises that they have the protection of a security barrier that meets the highest quality standards.

In these examples ATDC’s S06 shopfront security doors have been used to provide a barrier against forcible break in and enter and also against vandalism whilst its S04-1 security door has been used more as an access control system providing a crowd control barrier within the foyers, walkways and entries to the movie houses.