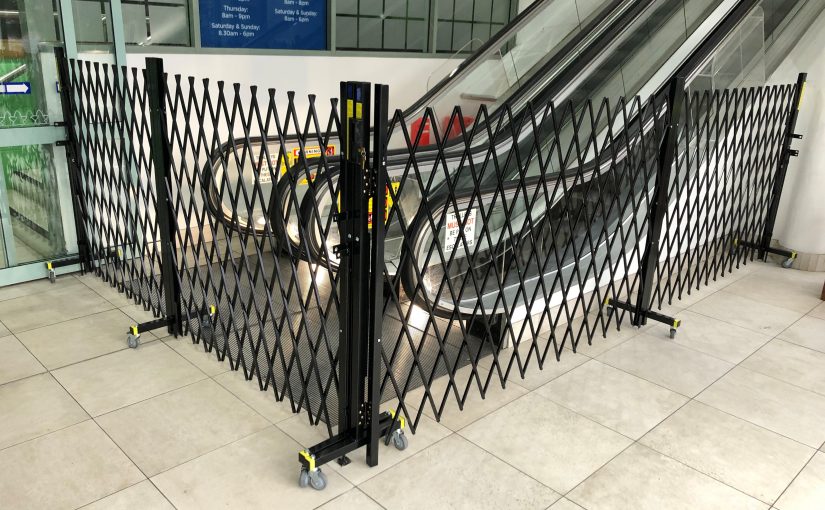 The current extraordinary health and safety challenges resulting from the coronavirus pandemic has placed a huge emphasis on the need for landlords to enforce social distancing on their premises.

In this regard landlords are utilising ATDC’s unique and proven , versatile crowd control barriers to achieve these objectives and to ensure patrons and customers on their premises comply with both state and federal legislation. The attached photograph shows an application whereby public access through travelators and escalators is efficiently controlled.

These crowd control  barriers are portable, trackless, mobile and easily relocatable operating on a series of heavy duty non marking bottom rubber castors. They are available  ex stock in heights of either 2020mm or 2520mm and are lockable into side walls or floors.They are relatively inexpensive items and are available  from ATDC ex stock as a once off purchase or as an ongoing rental product.They are OH+S certified and safe to operate.They require no support structure and so can lock up can be achieved immediately and cost effectively.

For further information on their  unique crowd control barrier range please contact ATDC toll free from anywhere in Australia on 1800657435 or visit their website at https://www.trellisdoors.com.au/products/commercial-security/barriers-and-cafe-barriers 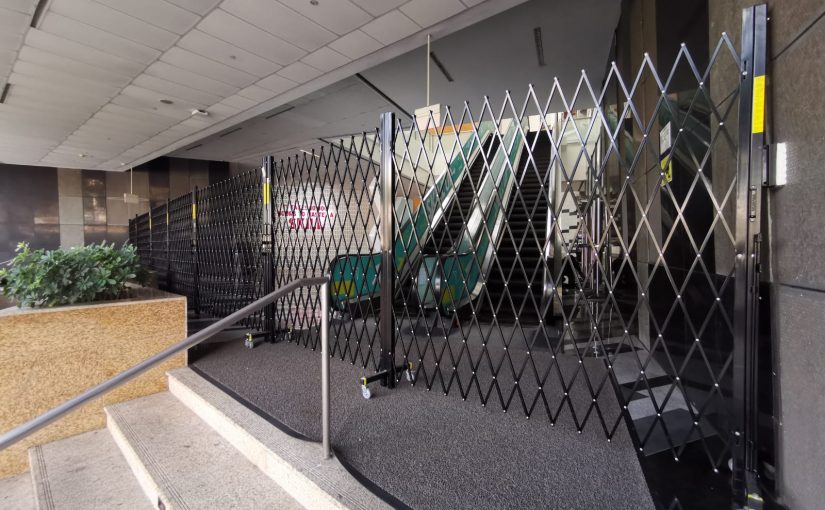 The Australian Trellis Door Company’s (ATDC) folding barricades have recently been installed to the premises of Lifelong Learning Institute in Singapore to guide pedestrians to the Coronavirus temperature screening stations.

The project was sold, designed  and Installed by Standard Rolling Shutters Pty Ltd, ATDC’s local distributor in Singapore, these folding barricades are a perfect crowd control device since they are trackless, mobile and secure. Installed to a height of 2000mm,they run on a series of 75mm rubber reinforced non marking heavy duty bottom castors and can either be secured with wall mounted or floor mounted locking devices. Available up to a height of 2500mm high these folding barricades are independently audited and OH+S Tested for workplace safety.

For further information on ATDC’s complete range of folding barricades please refer to their website at www.trellisdoors.com.au or contact ATDC toll free on 1800657435.Standard Rolling can be contacted directly in Singapore on +65 6745 3322.(Att: Ariel Lim) 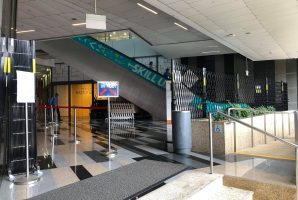 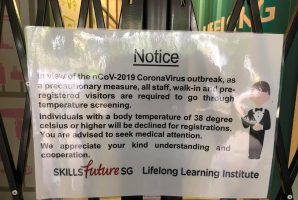 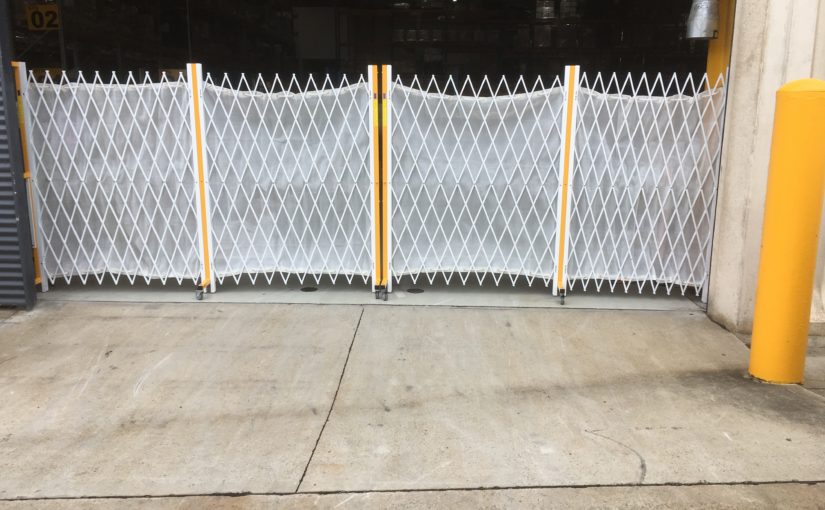 LVMH,founded in 1987 with a merger between Moet Hennessy and Louis Vuitton and headquartered in Paris,employs over 145 000 people across the globe and last year had annual revenue in excess of 42 billion Euros.

At their new distribution centre LVMH have installed unique warehouse safety barriers which are not only Worksafe compliant under the relevant OH+S legislation but are also compliant with many of the rigorous strength and safety provisions of the Temporary Fencing and Hoarding provisions of the Australian Standards.Furthermore, these uniquely robust and easy to operate barriers have been fitted with a commercial grade shade cloth backing which serves not only as a privacy screen but also provides some degree of protection against wind,vermin and dust which would otherwise be an ongoing  hazard for a company that prides itself on the highest  quality,upmarket luxury merchandise.For other applications of these barriers see article at www.trellisdoors.com.au/expanding-barricades-ikea

ATDC’s range of warehouse barriers are available in either steel  or aluminium;they can be lockable to side walls or floors;they are trackless,portable and mobile and operate on a series of heavy duty bottom thermoplastic castors which consist of a non marking compound,making them suitable to run on any floor surface.For further information see ATDC’s website at  www.trellisdoors.com.au/products/commercial-security/barriers-and-cafe-barriers

For further information on ATDC’s comprehensive range of warehouse safety barriers and other commercial grade barriers contact ATDC toll free on 1800657435 from anywhere in Australia or visit their website at www.trellisdoors.com.au

ATDC’s warehouse safety barriers are now sold in Sydney,Melbourne,Adelaide,Brisbane,Canberra and Perth as well as in all regional towns across the country including Geelong,Newcastle,Townsville,Sunshine and Gold Coast regions.They are also exported throughout South East Asia,The Asia Pacific,The Pacific Islands and the UAE.(www.trellisdoors.com.au/export/hong-kong ) 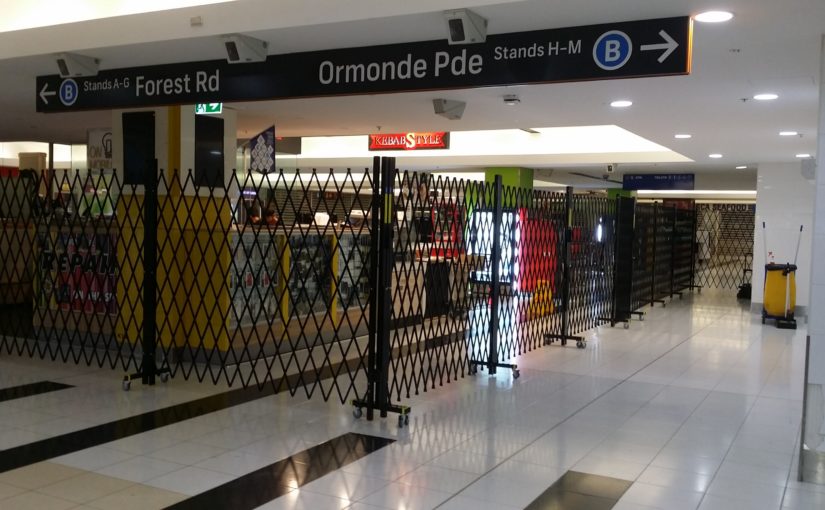